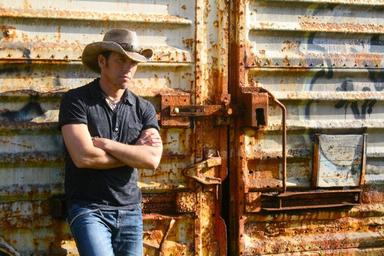 Named one of Country Weekly Magazines “Top 10 Artists to watch in 2010" Sean Patrick McGraw has had quite the ride in the last two years. An eleventh-hour addition to California’s Country super-concert “Stage Coach” in April of 2009 was followed by the CMT Premier of video “Dollar Ain’t Worth A Dime.” Los Angeles Times raves for McGraw’s live performance lead to an invitation to join Toby Keith’s “America’s Toughest Tour” for it’s first weekend out. Audience response lead to another weekend with the tour and then another, with McGraw and band eventually performing on 28 dates with Keith and Trace Adkins, finding time in the meanwhile to debut on network television with an appearance on ABC’s “Jimmy Kimmel Live.”

A solid songwriter, McGraw had songs “Honky Tonk Life” covered by Daryl Worley, “My So Called Life” licensed by ESPN,and covered by Mongomery Gentry, he's had two tracks in HBO’s “True Blood,” and a top twenty single in Canada with Aaron Pritchetts version of “Hell Bent For Buffalo.” In addition, a prerelease of McGraw’s “What I’d Do” earned praise from esteemed Music Row columnist Robert K. Oermann who called the track “the finest independent release I’ve heard all year.”